Arnold Schwarzenegger has shown interest in one of the athletes participating in the 2022 Special Olympics USA Games. The action movie superstar recently tweeted a video of powerlifter Kevin Cantrell executing a 501-pound deadlift at the Special Olympics in Orlando, Florida.

Cantrell approaches the mat, pulls 501 pounds on the bar while wearing a lifting belt, and then joyfully beats his chest and punches the air as onlookers celebrate his milestone success of joining the 500-pound club. It’s also worth noting that Cantrell dropped the bar slowly and carefully rather than dropping it, indicating an even higher level of strength and control as a lifter.

“You motivate me, Kevin!” In the caption, Schwarzenegger wrote:

Unfortunately, although many commentators praised Schwarzenegger’s recognition of Cantrell’s success, others were critical. Instead of removing them, Schwarzenegger saw this as a “teachable opportunity” for the trolls.”You have two options ahead of you,” he said. “I assure you right now that these athletes have more guts, compassion, intellect, talent – in fact, more of every great human attribute than you. So follow in their footsteps – you may learn from them and strive to push yourself, give back, and contribute to the world. Or you may continue on your road, being a miserable, wretched, envious online troll who contributes nothing to the world but mocks everybody who does out of small-minded envy. Let me be clear: I know what you actually want is attention. If you continue on this path, no one will remember you.”

Schwarzenegger, as the originator of events such as the Arnold Sports Festival, has long supported his idea that athletics, fitness, and friendly competition can help people transcend their differences and find common ground. He tripled the second-place prize money at the Arnold Strongman Classic for Ukrainian athlete and former World’s Strongest Man title holder Oleksii Novikov earlier this year after learning that Novikov intended to use his winnings to help equip civilians with body armor during Russia’s invasion of Ukraine.
“Sports usually brings everyone together,” he observed at the time. “Not only have you seen the strongest guys in the world compete here, but you’ve also seen a Ukrainian athlete and a Russian athlete compete in the same sport.”

How To Get A Body like Camilo Echeverry? His Workout Routine And Diet Plan. 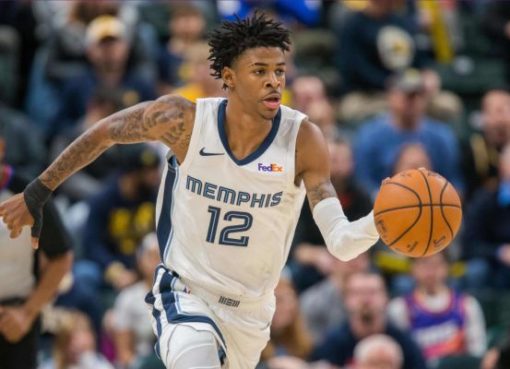 Ja Morant is an American basketball player who earlier played for the Murray State Racers of the Ohio Valley Conference (OVC). He is a top star who many eyes to be one of the top picks for the forthco
Read More

Halle Berry is an American starlet born on the 14th of August, 1996 in Cleveland, OH. She and her older sister, Heidi Berry Henderson, were grown exclusively by their mother. As per her education, she
Read More