It seems that despite the pandemic and the strange state of affairs the world seems to be in, there is still hope. A lot of celebrities are announcing pregnancy right now, and we are fully expecting a baby boom headed our way as a result of the quarantine measures. It’s odd to think there’s going to be a whole generation of pandemic babies soon, but it’s still a moment of happiness during a crazy time. And we definitely need more happy times in 2020. Let’s take a look at some celebrities who have recently announced or even given birth to pregnancies during the quarantine.

Rose Leslie, whom you all know from the Game of Thrones, has recently announced to the world that she is expecting her first child with her husband, Kit Harington, a.k.a. Jon Snow. She made a special announcement in Make Magazine and even shared photos of her baby bump with readers and fans. She shared in her interview that she spent a lot of time in the countryside of Scotland, in an old house. It’s a long way from the city, and she loved it. It sounds like a beautiful and peaceful place to be waiting for a child.

Mandy Moore and her husband Taylor Goldsmith are also expecting a baby. They’re very excited about it, but Mandy was kind enough to share on her Instagram that it wasn’t easy. The first 15 weeks of pregnancy have been difficult for her, and she has had a lot of different food aversions. Even though she agrees that it’s a small price to pay, it’s still not a nice thing to do.

If you’re a fan of Sophie Turner, you know that she’s been showing off her baby bump while walking in quarantine with her husband Joe Jonas. She was private about her pregnancy, and she didn’t really talk about it, but she wasn’t trying to hide it. Well, it looks like Sophie gave birth to a baby girl at the end of July this summer, and according to TMZ, she was named Willa.

Rachel McAdams and her boyfriend Jamie Linden are waiting for their second child. They’ve got a son, who’s two years old. Rachel was very private about her first pregnancy and never revealed the name of her son to the public, but she said she was very happy to be a mother, and that she was the best thing that ever happened to her. We can only assume she’s going to be just as private about it the second time around!

Emma Roberts, whom we all instantly recognize as the star of the American Horror Story, is pregnant, expecting her first child to be with her boyfriend Garrett Hedlund. She announced her pregnancy to Instagram and said it was her and her two favorite guys. So it’s fair to assume she’s expecting a baby boy, isn’t it?

We’ve learned about Gigi’s pregnancy during quarantine, and now she’s already proving to be a wonderful mom. Zayn Malik, who is the father of the baby and Gigi’s partner, has already shared a photo of his daughter’s little hand on his Instagram. In the caption, he says he’s blown away, and the love he feels for his daughter goes beyond anything he’s ever felt before. The couple haven’t already shared their child’s name. They want to spend some time alone with her, and Gigi wants to be able to raise her daughter in privacy without the crazy attention of the media.

Paddy Mara and Joaquin Phoenix welcomed their first child at the end of September. He gave birth to a baby boy, and it looks like he was named River, after Joaquin’s brother. Joaquin lost his brother in 1993, so naming their baby after him is a lovely gesture and a great way to remember him.

Emma Stone is usually private when it comes to her personal life. She’s not really on social media, and she’s not the kind of person to report personal news. It was her boyfriend who posted a photo of their engagement rings, and that’s how we found out about it. Emma was recently seen in LA with her boyfriend. She was wearing a pair of baggy suitcases that made it look like she might have a baby bump. Nothing has been confirmed yet, but it’s certainly possible that she’s been busy in her quarantine.

Drake Graham was born on the 24th of October 1986 in Toronto, Canada; Drake Grew up with music in his blood. His father named, Dennis Graham, was a drummer for the legendary rock and roll star Jerry L
Read More 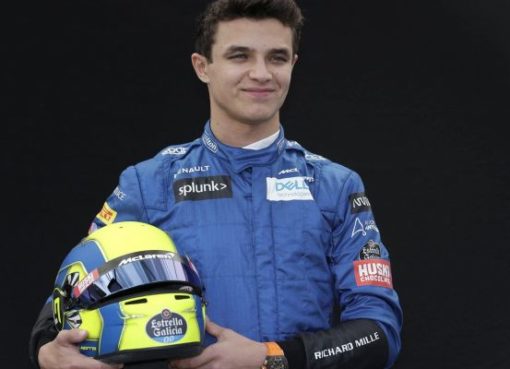 Lando Norris was born on November 13, 1999, in Bristol. His father Adam Norris is a retired pensions manager whereas his mother Cisca hails from the Flanders area of Belgium. Lando has three siblings
Read More

Benjamin Pavard was born on March 28, 1996, in Maubeuge, France. His passion for football comes from his father who was including a football play. He recognized his passion for playing for his hometow
Read More